Paige is dressed in super tight, literally painted on jeans in this clip. she is about to give chadam the hurting of a lifetime here. Paige is powerful, and looks stunning in this clip. She takes chadam down like a freight train plowing him to the mats. Once down, Paige quickly jumps up, and locks on a great facesit, forcing many tap outs. Paige then sets herself up and lands an armbar, then switches to an armbar head scissor combo, that has chadam wincing in pain. Paige was just getting started, and chadam was already feeling the pain. Moving lightning fast, chadam found him self in a rear naked choke/ body scissor combo that had him instantly tapping out, almost going out a few times just from the pressure alone. Paige continues her rampage, clamping on multiple scissors, crushing his neck and head between her extremely powerful thighs, his face turning almost purple. From facesits forward and reverse, to scissors, chadam was at the mercy of Paige, only wishing this was all over, and soon enough it was for him, as his air was drained from his lungs one last time in a facesit, he goes out. Paige flexes her sexy biceps in total victory, while chadam lay beneath her. 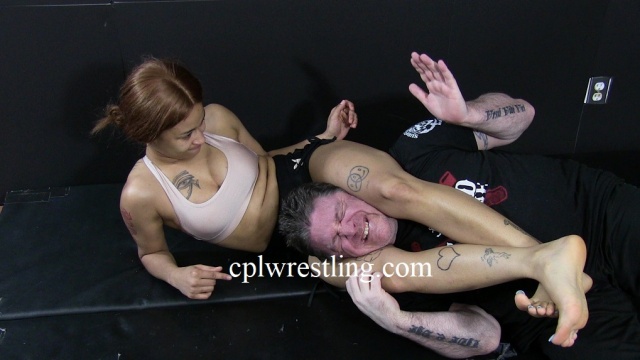 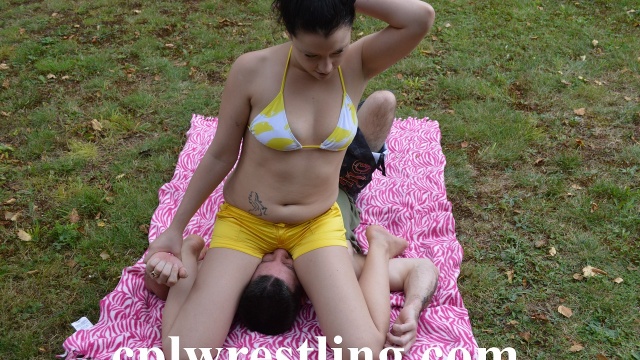 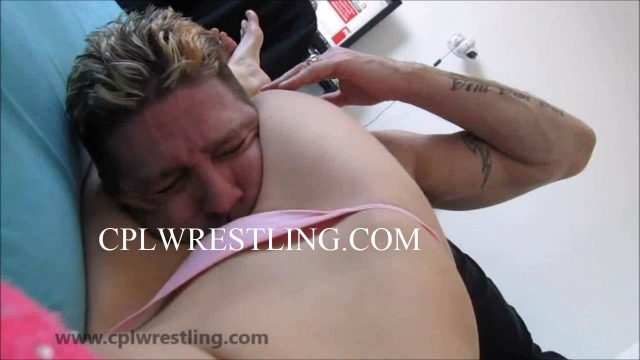 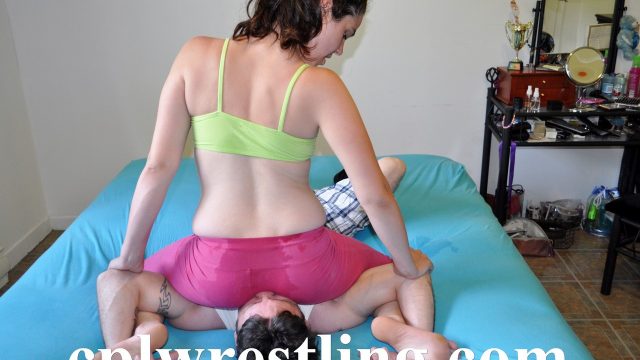