So the 2 real life sisters, Aubrey and Arianne decided to team up with each other to cause destruction and mayhem on the mats. Their first target/victim: Velvet. As they line up, Velvet looks a bit nervous not knowing what is in store for her. Arianne and Aubrey both charge at Velvet, and they bring her to the mats, Arianne taking the lead with a high schoolgirl pin. Aubrey sat behind Arianne securing Velvet, as Arianne gives her a dose of facesitting. Velvet was struggling to escape, but having both sisters pinning and smothering her, she could not move. The sisters trash talk Velvet, humiliating her, and then they switch spots. Aubrey moves up and sits all over Velvets face now. Aubrey slams down on her face and says “well eat this”, as she facesits her, while Arianne bounces on her stomach. The sisters were laughing and having an absolute riot punishing Velvet beneath them. Both sisters jump off Velvet, and roll her onto her stomach. Arianne lays in front of her, while Aubrey sits on her back. Arianne slides back, as Aubrey shoves Velvet’s face into Arianne’s ass, saying “now eat her ass”, ramming her face into Arianne butt cheeks. The sisters were non stop with their punishment, Velvet running out of air and gasping. They then switch spots, and it was Arianne’s turn to ram Velvet’s face into her sisters ass now. They twerk, shake and rub Velvet’s face all up in there, completely dominating Velvet. They pick up a gasping and rather exhausted Velvet off the mats and sit her on her butt. Arianne gets behind her and holds her in a headlock, while Aubrey backs her ass up and delivers a deep stinkface. While smothering Velvet, Aubrey asks “you think I should fart in her face”, both girls laugh, while Velvet tries to push Aubrey away. Unable to do so, Aubrey backs up again, getting Velvet’s face deep in her ass, then actually lets a fart rip, while both girls laugh at Velvet who is now disgusted. Aubrey back up into her face again then shouts” yeah, that fart was twisted, just like us bitch!!” the sisters continue to laugh and high five each other. Arianne then gets her chance to stink face smother Velvet while Aubrey keeps her secured in a headlock. While Arianne shakes her ass in her face, it was so hard we thought she was going to ko Velvet from twerking and shaking her ass. The sisters then move on to another form of double punishment, Aubrey locks on a reverse straight leg scissor, while Arianne facesits her. Velvet was suffering the most painful and humiliating match she has ever done here. Arianne and Aubrey then switch positions with Aubrey now facesitting and Arianne putting on the scissor. Velvet’s face disappeared deep into Aubreys athletic butt cheeks, while Arianne squeezes the life out of her. They were not going to let up on her until she admitted that she liked it. With a little bit of pressure, and a whole lot of smothering, Velvet finally gave in to the sisters and grabs Aubrey’s ass saying  “yes I love it”, rubbing and slapping Aubrey’s ass. Of course, Arianne and Aubrey were not finished yet, and Arianne mounts Velvet’s face in reverse smothering her. Aubrey sat on Velvet’s stomach holding her legs. Arianne then looks at her sister and says “maybe we should knock her out?” Aubrey totally agrees as her sister slams back down on Velvet’s face, not getting off until she stopped moving. Velvet finally comes to gasping as Aubrey leans down and says “how was that dream bitch, did you dream about us?” and laughs. The girls switch one last time now Aubrey is pinning Velvet with a reverse tight schoolgirl pin. Arianne then said” now it’s your turn to knock her ass out”, Velvet then panics and fear really sets in. Aubrey waited it out then catches Velvet off guard and reverse facesits her. Struggling for air, there is nothing Velvet can do, and the sisters just wait for her to once again stop moving. Once that happens, they celebrate their twisted victory flexing and posing over a beaten Velvet. Velvet actually comes to just before the camera shuts off, she was majorly gasping, and the sisters just laughed hysterically. Velvet took one hell of an ass kicking her, courtesy of the twisted sisters. 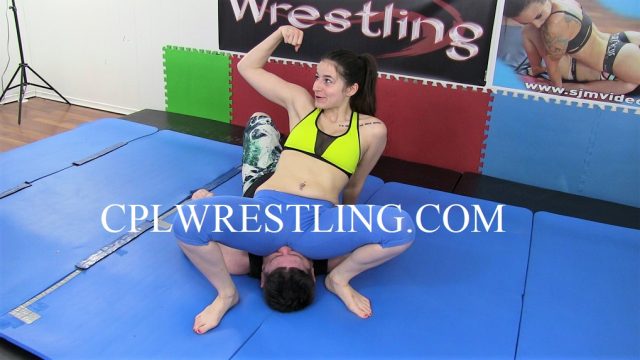 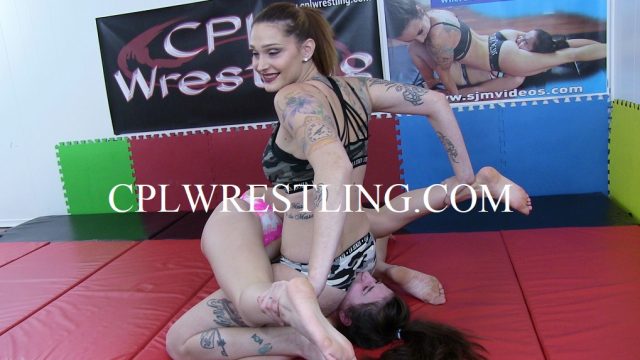 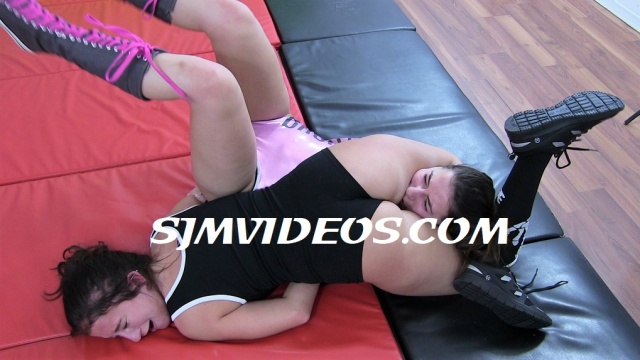 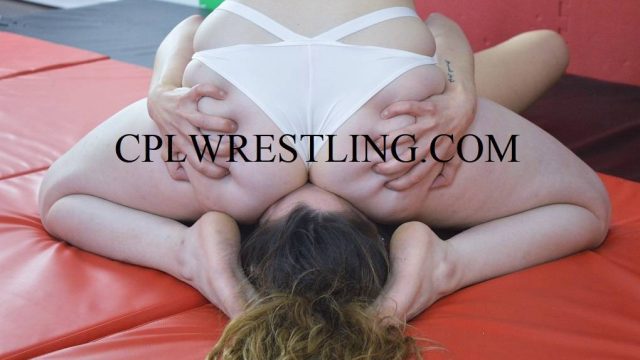 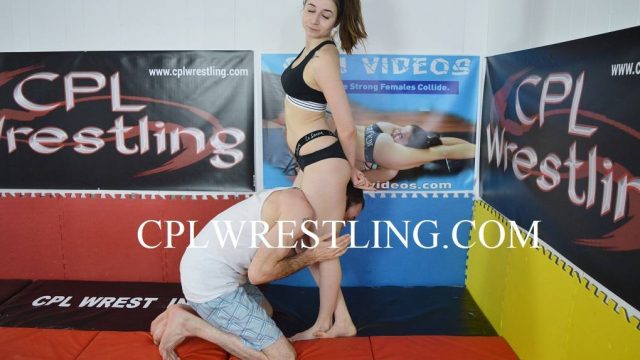