CMX-PAW-701 – BBW Dominatrix Pam was ready to destroy chadam today, and dressed in her skin tight bootie shorts she was going to dominate and humiliate him. Right from the start Pam plows chadam down to the mats, and easily works him over with thick thigh crushing headscissors, trach chokes, and facesitting. Pam outweighs chadam by a lot, and uses that to her advantage keeping her smaller male prey pinned tight to the mats. The harder he struggled, the more exhausted he became, Pam sitting on top enjoying the ride. She locks him in a triangle choke scissor, then switches to a normal headscissor,back into a figure four, watching his face turn red as she squeezes. The immense power of her legs was crushing the life from him, as Chadam was being power squeezed for quite some time. Pam finally lets him go, and switches to reverse, a brief facesit, that turns into a reverse figure four smother now. Chadam face is COMPLETELY buried in Pam’s big bootie, her ass swallows his face while she squeezes him. She furthers the humiliation by a good old fashion reverse facesit. His struggles were weak, then she shakes her ass in his face saying “cmon, tap for me bitch”. Obviously not able to continue she doesn’t even asks if he quits, between breaths he was saying that he quits. Pam still hovered practically still smothering him as she strikes a dominant muscle flex pose over his heavily breathing body. 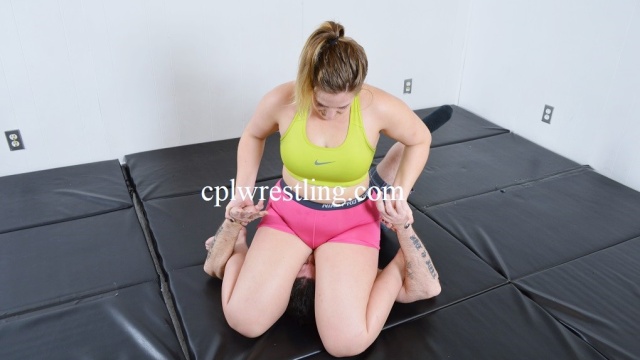 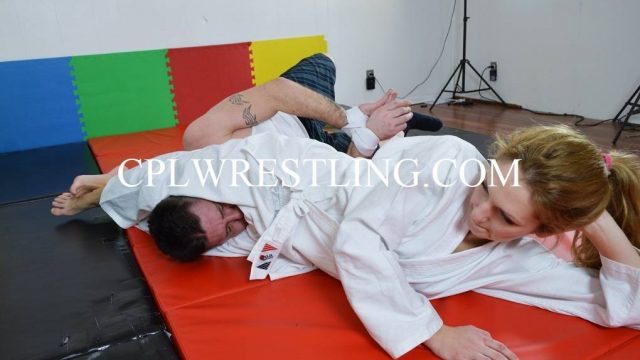 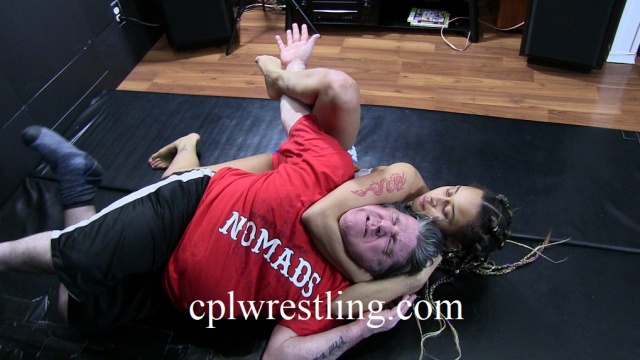 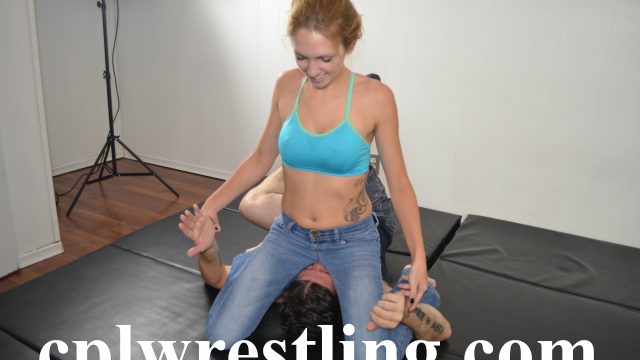 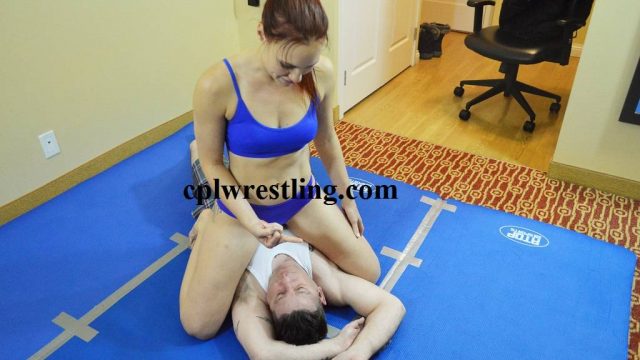